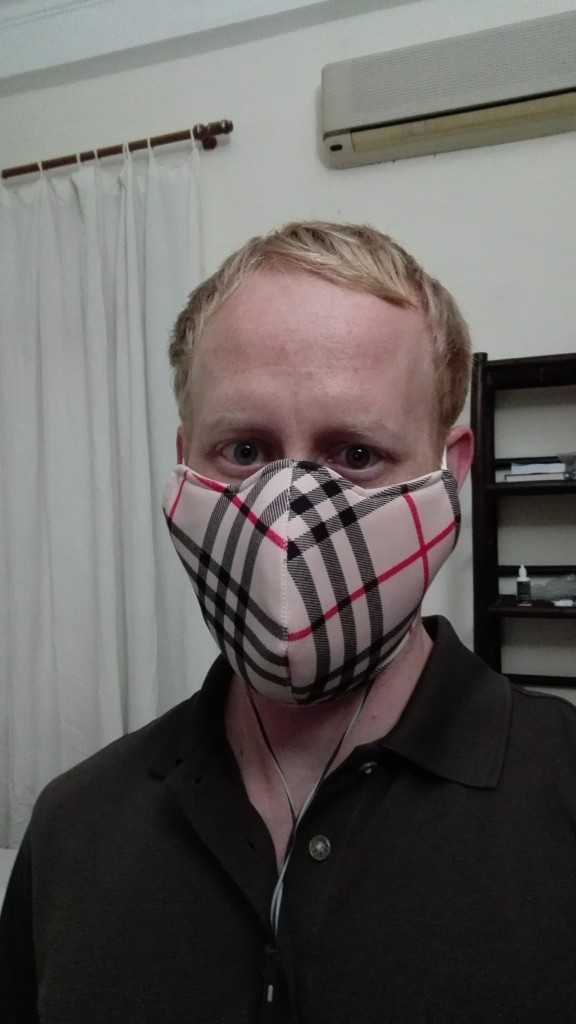 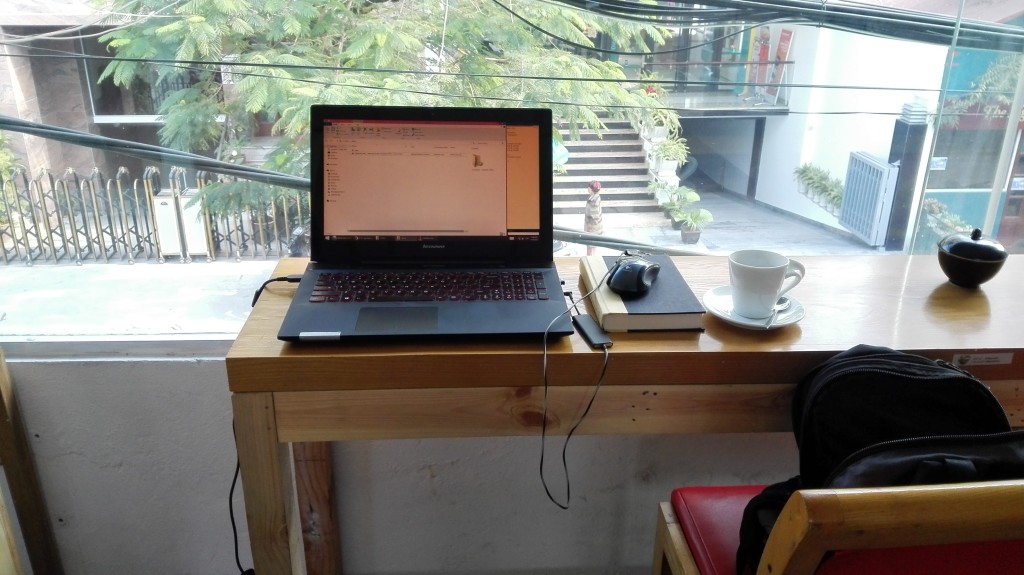 Working at a local coffee shop

My life in Hanoi is pretty comfortable. And in most respects quite similar to my life in the states. I go to cafes, hang out at home, run errands, work out, attend various social functions.

Here are a couple of un-edited videos showing what my day actually looks like.

The video below is of me riding my motorbike to a nearby coffee shop. (I hadn’t been to this one before so I wasn’t quite sure where to turn.)

This one shows me shopping at the Fivimart supermarket at the local mall. You may see the cashier give me a bewildered look towards the end of the video. This is probably because she notices the camera mounted on my forehead. I guess she’s not used to that in her culture 🙂 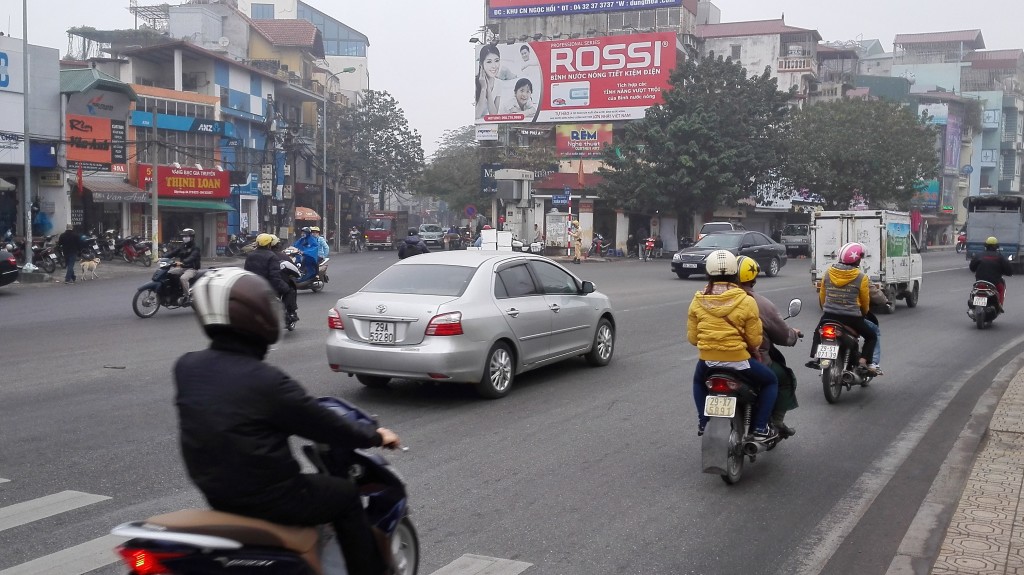 The streets of Hanoi

My first time driving a motorbike in Hanoi was a pretty nerve-racking experience.

It was my fourth day in town and I had never driven a motorbike before. My main concern was learning the controls of the bike. Figuring out how to start, stop, turn and signal was my primary focus. Only secondarily did I consider the actual other people on the road.

After a couple of sessions on the bike I got a better feel for the handling. I also developed a sense of when to yield and when to go.

Now riding my bike is something I actually enjoy. You have to be alert at all times, but the roads seem surprisingly orderly once you understand the traffic patterns and rhythms. Maybe I’m kidding myself, but at least it seems that way. It’s all mostly instinctive, anyways.

The video below is of me taking my bike for a spin around town, beginning and ending at my house. It was around 11 AM on a Wednesday. At the end you can see a brief tour of my house.

Fresh Off The Boat 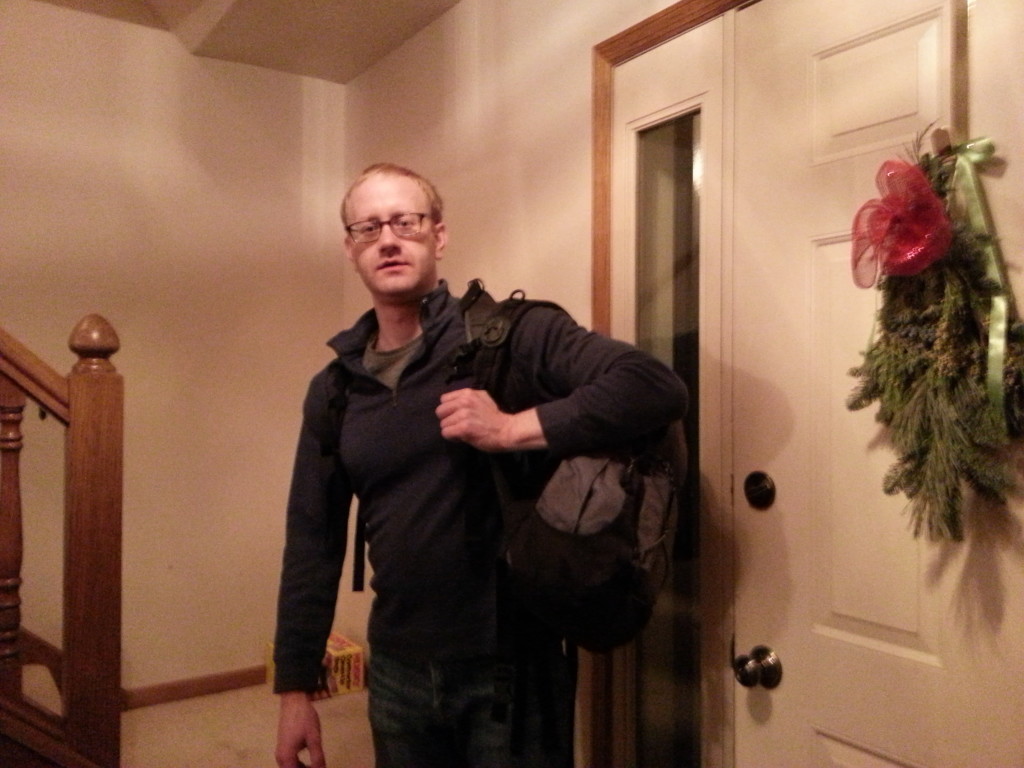 All packed and ready to go

I arrived in Hanoi, Vietnam around noon on Friday, January 2. It took a while to get here – over 42 hours of total travel time! That included a 14 hour flight from Chicago to Seoul, Korea and a 17 hour layover in Seoul.

I took only two bags – a carry-on and a personal bag. I lucked out a bit because I didn’t have to check my largest bag, which at 11.7 kilograms was over Air Asiana’s 10 kilo carry-on limit. I wasn’t aware of the weight limit, but thankfully the employee at the counter did not bust me for the extra 1.7 kilos. Instead, she just slipped an “allowable size” tag on my bag and smiled at me. About an hour later I saw the same lady at the gate where my flight left and she greeted me with “Happy New Year, Mr. Anderson.” Highly commendable customer service! Although I hadn’t yet left American soil, the trip was off to a good start.

The flight itself was pleasant with an open middle seat. I had the window and an older Thai lady was on the aisle. There was ample leg room and it was pretty quiet the whole trip. The only thing that wasn’t so pleasant was sitting for over 14 hours, but I managed to sleep a bit and get some reading done.

The Seoul airport was pretty modern and offered a lot of amenities. It had free lockers and free showers as well as large daybeds in a special “transfer” lounge to sleep on. It is probably one of the best airports to have an extended layover.

Arriving in Hanoi was pretty routine considering how excited I was to finally set foot in Asia for the first time (outside an airport). The airport was clean and not very crowded. After getting my Visa stamped I exchanged some of the dollars I had brought along. Much to my delight, I become an instant multimillionaire, pocketing over 6 million Vietnamese dong from the $300 I handed over.

After changing my money, I found the taxi company recommended to me by Florian, the German whose room I was taking over in a shared house in the Tay Ho district. I asked about the price, which at 350,000 dong (about $16) was what I had been quoted by Florian. The taxi driver didn’t speak much English, but I had simple directions: “It’s right by the Sheraton hotel”. After about 30 minutes I reached my new home. (I had found this place in an online classified listing in the middle of December and arranged to move in at the beginning of January.)

I rang the doorbell and was greeted by Jade, my new French roommate. She helpfully showed me around the house and gave me a map of the city. I have a room on the third of four floors. It is a basic room with a bed, desk, closet and bookshelf. It has a nice verdant view overlooking an alley. All for $240 per month plus one million dong (~$47) for expenses like Internet, cleaning lady, bottled drinking water, and other miscellaneous items.

So far, Vietnam is treating me very well.